Rising Popularity of the “First Look”

Despite the old adage that its bad luck for the wedding couple to see each other prior to their wedding ceremony, the ‘first look’ is becoming increasingly more popular.  In case you aren’t familiar with the term, a first look is an exclusive moment between the wedding couple wherein they see each other for the first time before the ceremony. While we here at Ahnvee Photography strongly suggest having a first look for the various advantages detailed below, we’ve also taken the time to consider the flip side of that coin and provide you with the reasons that couples decide against this option. Let’s get read to address A first look on your wedding day Pros & Cons.

A surprising number of couples who decide against a first look cite the medieval fear of bringing bad luck to their union.  However, in our experience, we’ve found that majority of these couples cannot accurately describe the origin of this superstition, nor why it came to be.  No worries, because we have done our research in hopes of dispelling this ancient myth!

The notion that its bad luck for the bride and groom to see one another prior to the wedding ceremony was spawned back in the days of arranged marriages.  Back then, the bride and groom weren’t allowed to see one another prior to the official ceremony for fear that either party would be so displeased with the physical appearance of their prospective partner that they would refuse to proceed with the marriage.  Keeping in mind that these marriages were often arranged to facilitate diplomacy between countries, and other reasons deemed much more important than the romantic feelings between two people, those who arranged the union had a personal interest in guaranteeing that these marriages did, indeed, happen.  What better way to ensure the union by preventing the bride and groom from seeing one another, than to cast a dark shadow over the partnership if either party were to see the other prior to the wedding ceremony?  Thus, the inception of this superstition that has haunted an otherwise joyous occasion for centuries since!  In our opinion, by far the largest consideration for couples concerned with this idea is, do you really want the foundation of your marriage to be modeled after a tradition given to marriages that had nothing to do with the love and emotion between two people?  Especially when that tradition is based entirely on the result of judging a person based solely upon their looks? 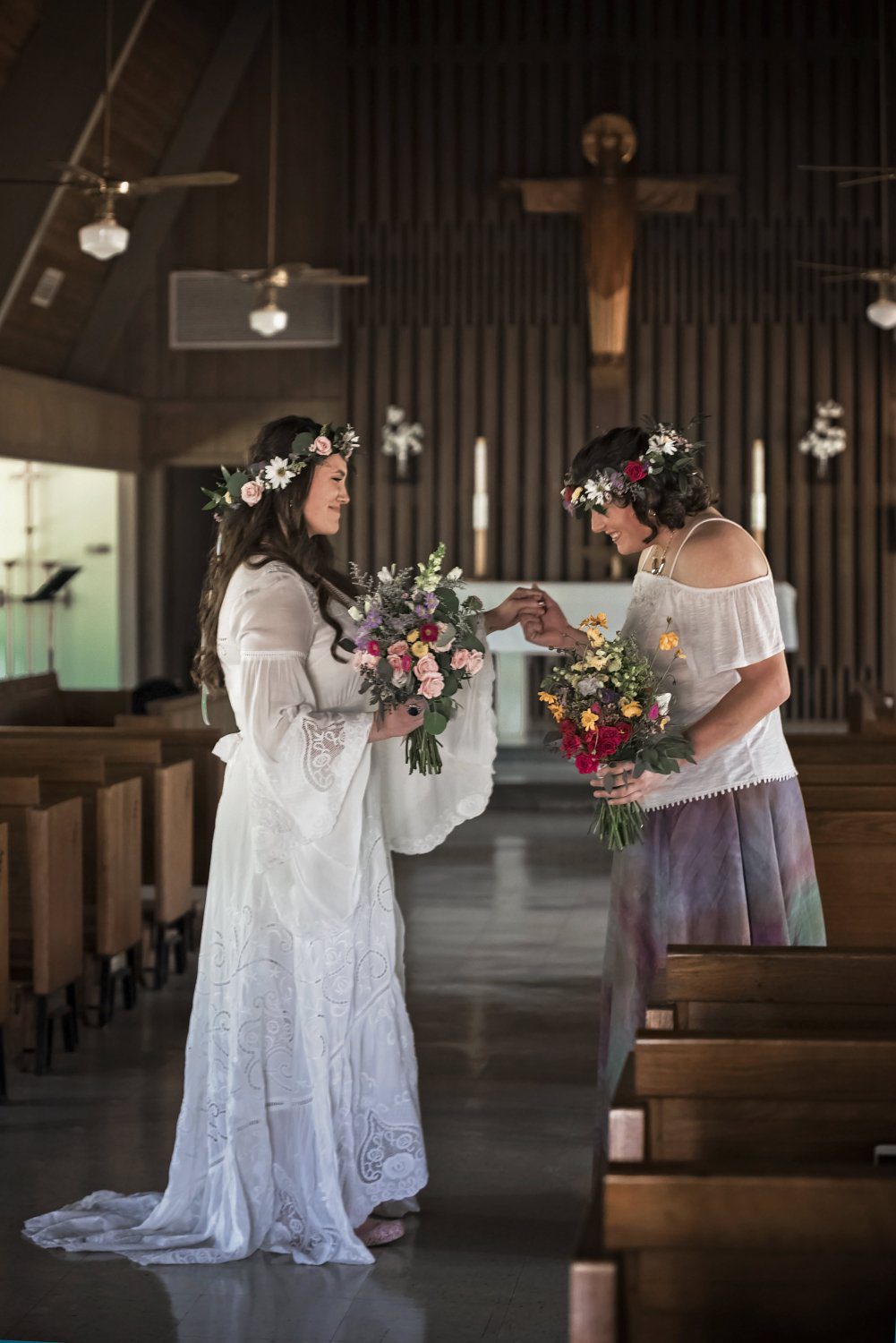 The next concern I’d like to address is that a first look can be awkward for the groom, with so much expectation upon him to express emotion.  During a first look, the bride and groom are alone with their photographer for what is perhaps the only moment of calm before the excitement and chaos of the wedding ensues.  This is typically a more natural expression of emotion and romance between a couple, and since this emotion is authentic and void of interaction from family members and guests, its much easier for your photographer to capture.  The time dedicated to the first look is also often the only time that you two will have alone together throughout the entire day, until you depart for your honeymoon.  Obviously your photographer is present also, but this still qualifies as the most alone that

the two of you will be together on your wedding day.  The overall romance shared between you two throughout all the traditional moments of your wedding day will undoubtedly pale in comparison to that shared during an exclusive, private moment set aside for just the two of you.  Additionally, many grooms that I have personally photographed have expressed concern about the pressure of conjuring emotion during a first look, but after going through with it, they have admitted that it was much easier to display natural emotion when alone with their bride and photographer.  Much easier than say, when all attention is on the couple and the entire guest list is anticipating such a huge emotional response!

A Quiet Place in the Chaos

Lastly, a first look is a good breathing moment for the wedding couple… the wedding day is full of hustle and bustle, but a first look gives everyone a solid 15 minutes at a secret location to breathe, take each other & the raw emotion of the day in…before being expected to entertain guests and pose for a myriad of other ‘staged’ photos.  A first look also allows the bride and groom to enjoy their reception sooner, immediately after the ceremony rather than having to spend the time immediately following ceremony taking photos.  Formal family portraits are taken after the first look, so everyone attends the reception together.

The first look is guaranteed to be one of your most treasured moments of your wedding day, assuming that you make the choice to have one! It was mine and my husband’s favorite part of our special day.  It was such an honest and raw moment between us.  There wasn’t the pressure and anxiety of hundreds of eyes watching us.  The memory still brings tears to my eyes.